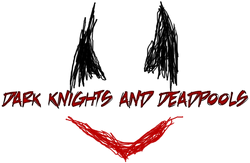 Dark Knights and Deadpools (DKD, pronounced Dee-Kuh-Dee) is a screen capture webcomic created by Darth tom and supergeeky1 available exclusively at Arkhampedia. Each season will parody a select film using screenshots of the movie, set in a comic-style format. Yeah, you're right, this is exactly like Darths and Droids but less funny and it has nothing to do with role-playing games. Three issues will be regularly posted every Monday unless otherwise noted. The first season premiered May 21st, 2009. 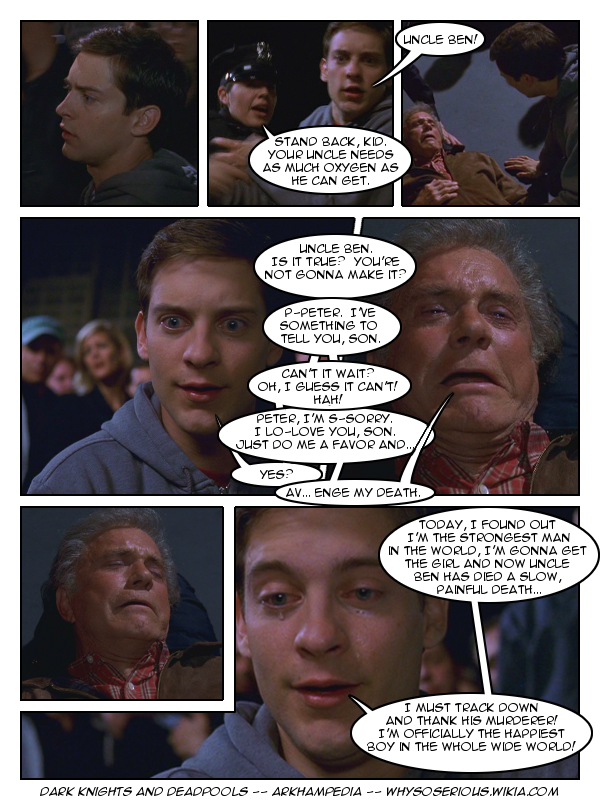 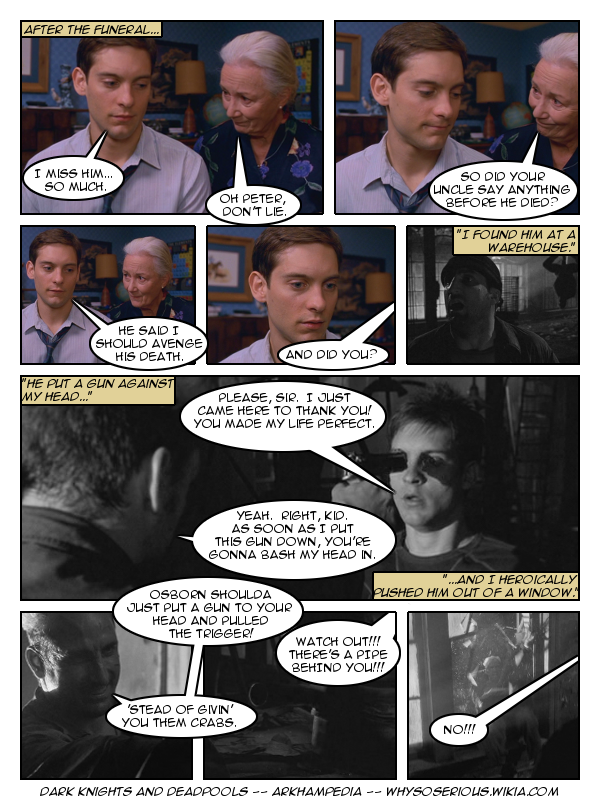 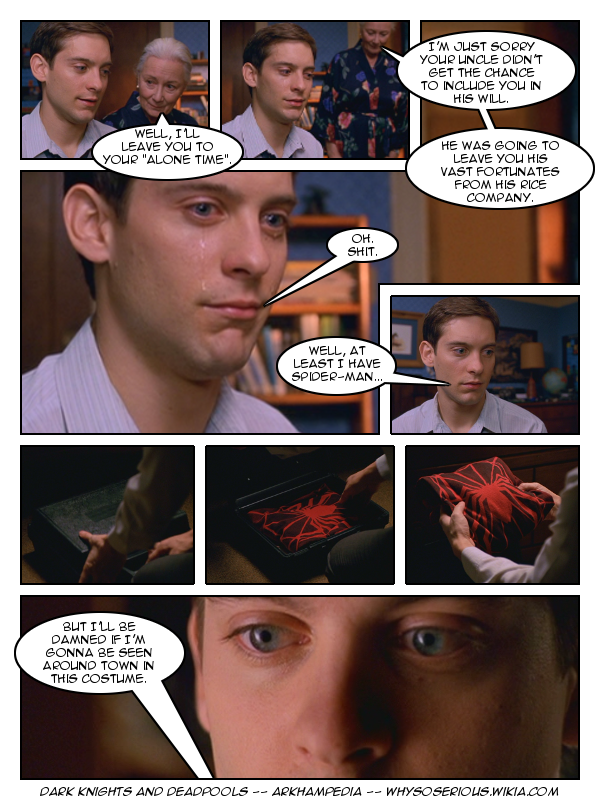 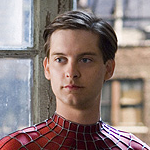 Peter Parker is an overly eccentric "special" boy from New York City. While peeping on Mary Jane Watson at school, Peter realizes he has obtained crabs from a fellow student. After doing research into the matter, he comes to the false conclusion the he's become involved in a terrorist plot. However, what he fails to realize is that while there is a conspiracy, it is much deeper than he initially thought. Meanwhile, during his own plot to become the boyfriend of Mary Jane, Peter realizes the crabs have given him special powers and he adopts the name Crab-man. Unfortunately for him, he is mistaken for a Spider-man instead and he comes to accept the name. 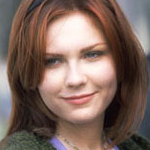 Mary Jane Watson is the boozing whorechild that lives next door to Peter Parker. Quite possibly a man, Mary Jane claims to only date men with at least an eight pack. She is the object of both Peter and Harry Osborne's affection and after breaking up with her boyfriend Flash Thompson, Peter begins plotting to become the boyfriend of Mary Jane, but ultimately fails when she begins seeing Harry. 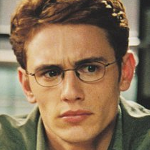 Harry Osborn is the insane boyfriend of Mary Jane Watson and son of scientist Norman Osborn. Harry decides to use his father Norman's love for him and convinces him to help become Mary Jane's boyfriend using methods that slowly unravel as the series continues. 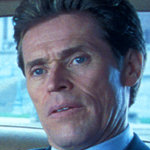 Norman Osborn is the father of Harry Osborn and the head scientist of the company Oscorp. After Harry convinces Norman to help him in becoming the boyfriend of Mary Jane Watson, Norman agrees to undergo nuclear radiation experiments similar to what Dr. Manhattan experienced during the accident that transformed him. Norman soon grows physically stronger and very insane and will do anything to see that his son succeeds. 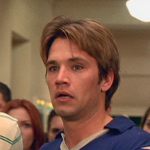 Blondie is the son of Jon Osterman, aka Dr. Manhattan, trainee at Oscorp and a student at the high school Peter Parker attends. Blondie agrees to help Harry in his plot to become Mary Jane's boyfriend and succeeds in giving Peter Parker crabs. However, with his radioactive genes, the crabs gave Peter Parker a set of unforeseen abilities.

Retrieved from "https://whysoserious.fandom.com/wiki/Dark_Knights_and_Deadpools?oldid=7291"
Community content is available under CC-BY-SA unless otherwise noted.